RCACP: Good For Their Money, But Not Their Animals

Nevie is a dog who has been at RCACP for quite a while, and on the "extremely urgent" list for almost a week. This means she she is very close to being killed. 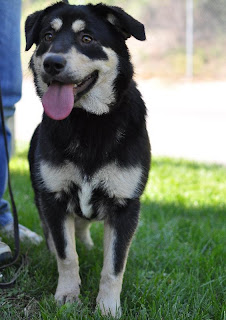 Email requests to Bill Watson and Ruth Pierce asking for her transfer to the Roanoke SPCA have gone unanswered. Both Mr. Watson and Ms. Pierce receive RCACP (your tax money) salaries.

The Roanoke Valley SPCA "wholly owns" the company that runs the pound. Inter-company transactions and balances are "consolidated". The SPCA utilizes RCACP staff and owes over $2000 for this staff time.

Given these facts, isn't it something that Bill Watson has the audacity to transfer a puppy from Montgomery County to the Roanoke SPCA? Is it because she is a collie mix, and "more desirable" than hound puppies?