Last Friday morning, a flier was circulated on social media promoting an 'Open Dog House' at the Regional Center for Animal Control and Protection; the entity paid for with our tax money. 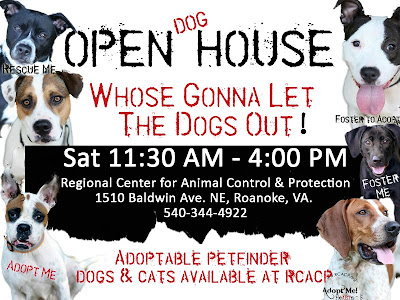 It was accompanied with the following information:


OPEN (DOG) HOUSE at RCACP Sat 11:30 AM - 4:00 PM
Come walk thru and meet a new friend to Foster, Adopt or Rescue!
You can adopt through SPCA or Foster, Rescue through your local rescues in town -
Angels of Assisi, Planned Pethood--Franklin County Humane Society, League of Animal Protection -
RCACP 1510 Baldwin Ave. NE, Roanoke, VA 540-344-4922
**SHARE AROUND**

All in all, truthful statements. The Pound is open from 11:30 am - 4 pm on Saturdays. The public can walk through, one at a time with an escort. Some animals are allowed to be adopted through the SPCA. Those that are labeled "rescue only" can go through the other agencies listed above.

Later in the day, Kandy Elliot, the Interim Executive Director of the Roanoke Valley SPCA and the RCACP, sent the following email.

I am writing to request the Facebook posting indicating an Open House tomorrow at the RCACP facility from 11:30-4:00 be removed immediately. I have seen the postings on the Angels of Assisi page as well as on the SWVA Bully Breed in Need page. There may be others we are not aware of. As this information is not accurate, I am requesting that you pull that information off of your site and ask others who have posted on their sites to pull that information as well. Tomorrow, signage will be posted at RCACP encouraging those who may come to the RCACP to go next door to the RVSPCA to adopt.

While we did not create the flier, we did share the flier along with many others. It was well received, and many thought it was the beginning of new changes the SPCA board has been promising for the animals in danger of being killed at RCACP.

Unfortunately, we were wrong.

Saturday morning, this sign was outside of the doors of RCACP, directing people away from the RCACP to the SPCA. 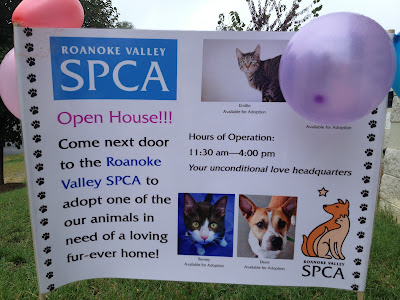 The sign fails to mention that there are pets needing loving fur-ever homes at the RCACP as well. Seven of them died over the weekend.

Paisley was one of them. She was killed on Saturday at the RCACP, under the leadership of the Roanoke Valley SPCA. 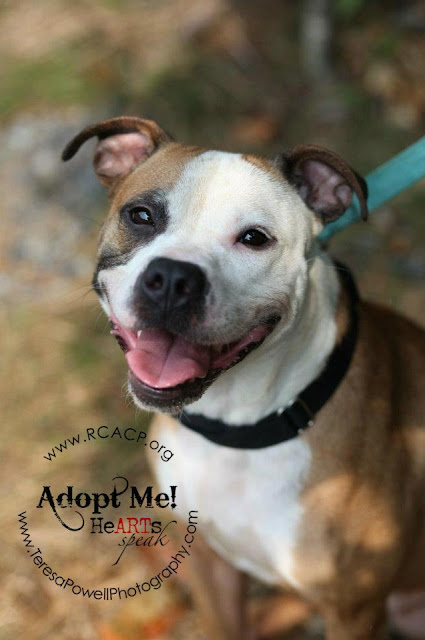 The responsible public came in and photographed her and tried to give her a chance to be adopted.

The SPCA leadership put a sign up and directed people away. The seven killed at RCACP over the weekend were in addition to 115 who already died this month alone.

Interim Executive Director Kandy Elliot, like the sign outside of the RCACP, seems to be about the SPCA only.  How unfortunate for the homeless animals at RCACP under her leadership.
Rest in peace,  Paisley.