How Are Things Under the New Interim Director at RCACP? Not so Good.

As the Roanoke Valley SPCA conducts their “internal investigation” and Kandy Elliot, Interim Director, settles in, we have sat back and waited for the promised change.

Here are the facts:

The volunteer program has deteriorated.
At the July advisory board meeting, SPCA board member, Daphne Turner, made the following statements to the RCACP volunteers:

Ms. Turner was appointed as volunteer liaison, and said she would do her best to have a quick response to questions and welcome interactions. She gathered all of their emails and promised to contact them.

She never did. At the August RCACP advisory board meeting, a volunteer asked her what had happened. Ms. Turner said she had scheduling conflicts.

In actuality, Ms. Turner resigned as volunteer liaison, without any of the volunteers being notified. 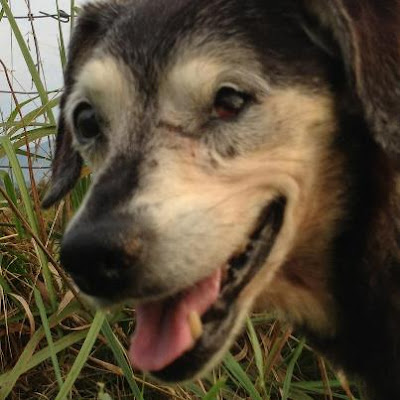 After being hit by a car, she was on the channel 7 news, as a local Vet's office searched for her owners. None were found, and she ended up at RCACP. Due to the media exposure, she had multiple adoption requests and offers for help.

The SPCA refused those offers, and refused to allow her to be fostered or adopted under the RCACP. Once she deteriorated to the point of not being able to walk, she was given one afternoon to find a rescue, or she was to be killed. Fortunately, but with no help from the SPCA, she was transferred to another agency, and is in foster care today.

Under the direction of the SPCA Board and Kandy Elliot, there is still no volunteer support, no mechanism to fundraise for RCACP, and the kill rates are higher. According to Barbara Dalhouse, the SPCA board of directors “moved quickly to ensure that we have strong leadership and trusted experience during this critical time in our organization. Kandy is one of the community's most respected leaders and accomplished fund-raisers”

Based on the deterioration of the RCACP last month, it seems like business as usual, and that Ms. Elliot was brought on to help repair the status of the SPCA only.
Unfortunately, our RCACP animals, and the people they touch, are suffering under the SPCA’s direction, or lack thereof. 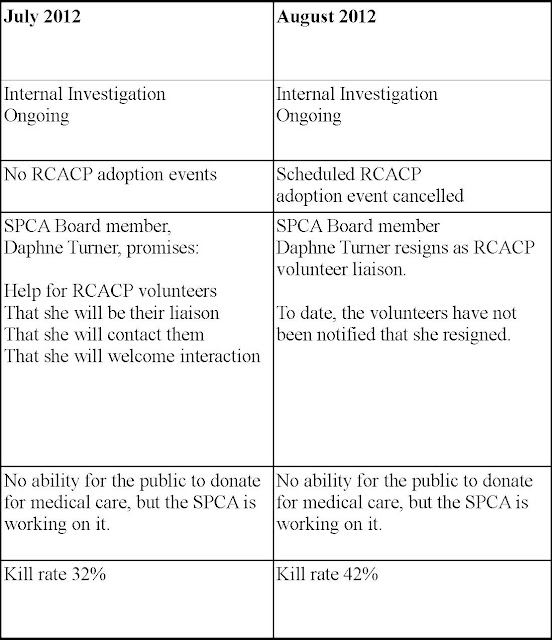